Larry joined the firm after serving with the Federal Emergency Management Agency (FEMA) as a Planning Specialist and as an Information Specialist.  As a Planning Specialist, he developed Incident Action Plans, produced strategic timelines and staffing projections, and developed strategic/demobilization plans and continuity of operations plans.  As an Information Specialist, he prepared reports for the FEMA joint field office on status and trends of assistance on disaster relief projects.

Prior to his tenure at FEMA, for nearly thirty years, Larry served in a variety of management capacities in the U.S. Federal Government.  From June 1968 to June 1979, from August 1981 to January 1983, and from December 1983 to September 1995 when he retired, Larry worked for the U. S. General Accounting Office, now known as the U.S. Governmental Accountability Office, (GAO), which is the federal government agency that reviews the programs of all federal government activities and reports on the efficiency, effectiveness, and economy of their operations to the U. S. Congress.  His GAO experience included:

For more than 20 years at GAO, Larry supervised reviews of programs of increasing complexity and involving staff at multiple locations.  He was responsible for developing the review plan, delegating responsibility for executing the plan, overseeing the work, and writing the report detailing the findings, conclusions, and recommendations for improvements in the programs under review.  The reports were issued to the relevant committees of the Congress and to the agencies involved.  For the last 10 years of his career, Larry was a manager responsible for concurrent, multiple reviews involving both headquarters and field staff in several regional offices.

During his GAO career, he received several awards and commendations for outstanding performance and exceptional supervision and motivation of staff.  Some of his more noteworthy reviews were of (1) the U. S. military command structure in Europe and how it interfaces with the NATO command structure in peace and war, (2) economic assistance programs to Israel and the Palestinian territories, (3) Farmers Home Administration loan programs resulting in savings of several billion dollars, and (4) the management by the Department of the Interior and the Forest Service of various programs involving federal lands and activities, such as mining, grazing, wildlife protection, and recreation.  In addition, he served for a year in a report review position where he reviewed for GAO top management the reports prepared by others for their clarity, completeness, objectivity, balance, and support for the conclusions and recommendations contained in them.

From July 1979 to August 1981, Larry was one of four team members in Riyadh, Saudi Arabia assigned by the United States Treasury Department to serve as advisors to the Saudi Arabian General Audit Bureau where they were responsible for helping the Bureau transition from low-level financial audits to more comprehensive reviews of Saudi Arabian government operations.  The Joint Commission was headquartered at the Treasury Department, Main Treasury, in Washington, DC.  Larry served his tour in Riyadh, Saudi Arabia at the GS-14 level.

Experience at the Office of Inspector General, U.S. Agency for International Development

From January 1983 to December 1983, Larry served with the Office of Inspector General, U.S. Agency for International Development, at its headquarters in Rosslyn, VA.  His principal duties involved reviewing a contract for a bakery operation in Egypt.  He transferred back to GAO in December 1983 to resume his GAO career.

From 1959 to 1963, Larry served in the United States Marine Corps, primarily overseas at Guantanamo Bay, Cuba and in Kami Seya, Japan, with duties involving intelligence and communications, including intercept of communications from Soviet, Chinese, and Cuban military operations.  His tours of duty were located mostly on overseas bases, but also on U.S. Navy submarines during their surveillance patrols and exercises.   He received an honorable discharge in 1963.

Bachelor of Science in Business Management

Mr. Hamner has been a key consultant for me in my law practice regarding forensic accounting and business compliance matters. He has also been an important advisor to me on state financial policy issues that I encounter serving in the Florida Senate. Related 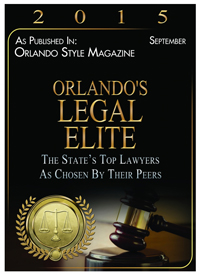